Last weekend in London and Trip Back to Canada

My flight back to London on Ryan Air passed without incident although I was SO bored (I didn't have a book, there is no inflight magazine and I still had not updated my MP3 player with podcasts - it still had sleep inducing recordings on it) I was reduced to tearing a piece of paper out of a notebook, putting a long word down (i.e. revolutionary) and seeing how many smaller words I could make out of it (an activity my late mother used to get me to do if I was bored).

We arrived on time, I hopped on a pre-booked bus to London and then on to Maija's house where she had a delicious veggie lasagna waiting for me. The next day we went to the feminist book fair (part of the New Suns Feminist Literary Fair at the Barbican). There we were inspired by the abundance of great writing by women about all aspects of feminism, modern culture as well as novels, poetry, criticism etc etc. Fabulous.


I was on a mission* to try and find a copy of George Orwell's 1984 so after looking around the book fair we walked toward the British Museum where Oxfam has a second-hand book shop (this is something unique, as far as I know, to the UK - Oxfam has whole shops that are just second-hand books and also offer books for purchase online).

No luck with finding 1984 there and since we were in the neighbourhood we decided to head back to my favourite street for Indian food in London - Drummond Street - and the Ravi Shankar vegetarian buffet. On our way there we passed University College London that was having this academic fair - we returned there after lunch and got to see some really neat 'green projects' and lots of kids interacting with students (not much older than them) . It was inspiring and hopeful.

We then stopped by the Friends House (just across from Euston Station) for a coffee - the Friends House is a great hang out place with a good vibe, a well-stocked bookstore and a cafe (and clean, free toilets). When we got back to Peckham (where Maija lives) we stopped at a couple more second hand shops and then, when I'd pretty much given up hope, we stopped at a little hole in the wall place where the independent bookseller knew his stock and within seconds handed over a copy of 1984 priced at a pound. SOLD!

The next day (Sunday), my last full day on holiday (sob), Maija, her beau Shane and I went on a 'public transit' adventure through London. We took the bus to Deptford Bridge where we boarded the Docklands Light Railway (DLR) which winds its way through a forest of skyscrapers and other buildings - some offices and some housing. We got off at Royal Docks to walk over to the Emirates Air Line - a cable car system opened in 2012 - that takes riders in gondolas over the Thames from Royal Docks to Greenwich. All this for just 3.50 pounds (if using your Oyster Card). It was very cool.


We then found a place to have a South Indian lunch which was pretty good although a little bit slow coming and Shane headed off to catch up with friends while Maija and I walked around Greenwich sharing a yummy cheesecake at a local cafe and discovering the Greenwich Foot Tunnel. We got back to Peckham and enjoyed the veggie lasagna (again, it really was very good) and had an early night.


The next morning I left with Maija to go to the train station - she going into the city and me going the opposite way to Gatwick. Unfortunately the 7:30 train to Clapham Junction (from where I would take another train to Gatwick) that I had intended to take was cancelled and the next one was, as you can imagine, packed full. I did feel bad as I struggled not to take up too much room and/or crush people's feet with my big bag. But it wasn't too long and we made it to Clapham Junction where I boarded a mostly empty train to Gatwick. I had no idea that I was actually going to arrive at the wrong terminal (South) and had to take the 4 minute free monorail to the North terminal. But it all worked out okay and within a short time I had checked my big bag, got a cheap cup of filter coffee at Pret (49 pence when you have your own cup) and ate some of the snacks I had packed for the flight.

We boarded on time and the flight was good - I slept quite a bit and we landed into Vancouver per schedule. I answered the customs form honestly which resulted in me having to eat a whole, hardboiled egg in a very short period of time (as per the customs' officers instruction). Due to a stupid error on my part (there was another flight to Victoria leaving at the same time but it was an Air Canada flight) I ended up having to sprint to the gate for the short flight to Victoria.

By 5:00 pm I was back in my apartment where I found that my lovely landlady Kim had stocked my fridge with the basics so that I could have breakfast the next morning without having to go to the store. I stayed up for a couple more hours and then tumbled into bed around 8:00 pm and slept quite well until the next morning.

It was a fabulous holiday - now it is time to think about how I am going to spend the rest of 2019 and what is going to be on the cards for 2020.


* I was looking for 1984 because of this episode of Theory of Everything Podcast which talks about (among other things) Margaret Atwood's theory about the novel and its definitely 'downer' ending. In ToE the host mentions the appendix to the book which I could not for the life of me remember reading. Hence the search for the book.
Posted by Susan at 3:30 PM No comments:

Feast for the eyes

This post is just images of the beautiful dahlias found in North Park (Nordpark) a lovely greenspace in Bielefeld that Diana and I visited one day during my time there. Enjoy. 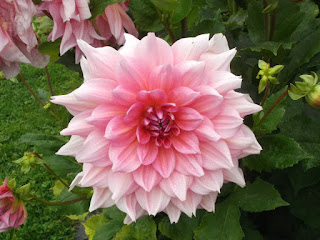 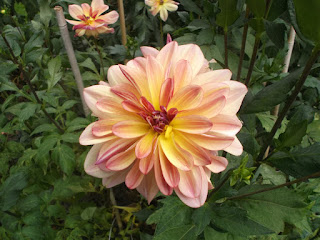 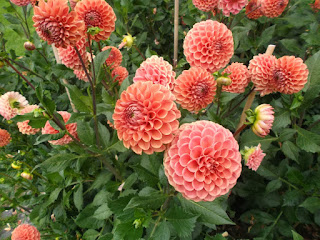 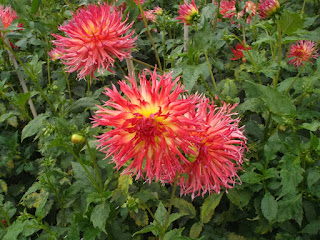 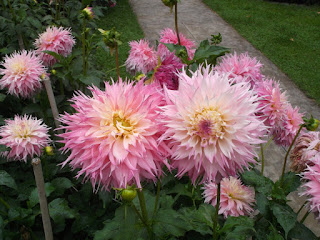 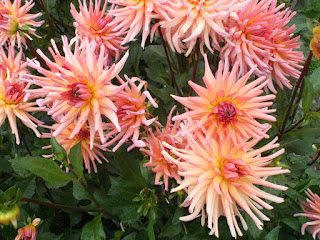 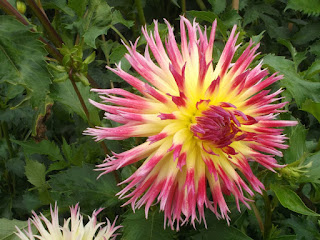 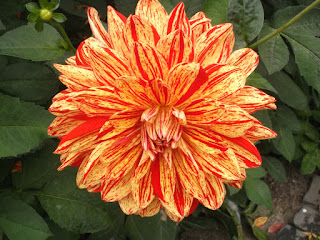 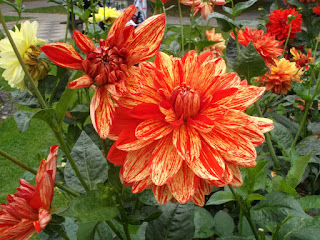 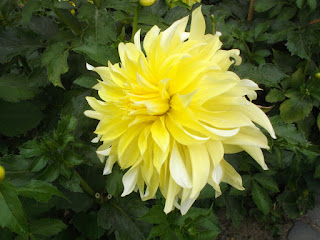 Susan
I am now back in Victoria, British Columbia, Canada, after a little over two years (July 13, 2012 to July 27, 2014) in Uppsala, Sweden, where I received a Master's Degree in International Health from Uppsala University.